poetry and vision from alan harris

More
what is common cathedral? 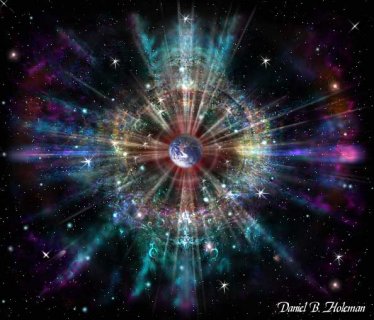 We are all One. We are all individuals, yes, yet our combined essence makes us One. The lesson here is how to Be and still Be Part Of. Common Cathedral is a family joined in Consciousness and in Spirit. The bonding element is Love. This fellowship, as it were, is to give these ones a place, spiritually, mentally and physically, to feel kinship and to interrelate. Through seminars, music, poetry and other endeavors we are bonded in the spirit of ceremony and of light. We are family, and to quote Joni Mitchell, "we are stardust, we are golden..... we are billion year old carbon.... and we've got to get ourselves back to the garden".

The Creator (not necessarily as you know it) during our times, called many light beings together and announced the need for volunteers to incarnate on the planet Gaia because a great transition was occurring. Those that were assembled were gathered because of particular talents or attributes that they carried that had been perfected over many eons of incarnation. It was asked that these volunteers would be emissaries of light, and that through their gifts and the embodiment of love and true compassion would help to bring about a transformation of the frequencies of the planet as well as aiding in raising the energy level and vibrational fields of the human race in order to have it match that of the earth itself, who is truly a sentient being and we are living on and with her.  All of those called had demonstrated, in other incarnations, in countless star systems, the ability to be feeling and compassionate and bearers of the Light.

Because of this, we were invited to incarnate in corporeal form on earth to assist her and the humans in this Transformation. Part of the contract was that one would have all memory erased of the many passed lives and the present experience in this realm beyond the stars. It was a certainty, especially as it drew closer to the time to accomplish these things on earth, that most of that awareness would come back. This in itself was enough to deter many from volunteering, for although it is wonderful to be human and experience the joys of being physical on this wondrous planet, there is much suffering and pain involved here. And many would feel alone and out of place and not know exactly why for some time. The illusion of being separated from the realm of angelic beings would create feelings of alienation, hopelessness and a desire to return home. Yet, by fully embracing being human, in many ways our love and light would transcend duality and bring many to the quickening and the threshold of the Transition.

It was decided that if one volunteered, that one would incarnate according to a strategic plan, often in vibrationally dense areas of the planet. Big cities, places where the energy levels were the strongest, the most saturated, in terms of both light and dark. Perhaps one would spend time evolving and becoming aware of who and what one was in peaceful and serene forests or deserts, mountains or beaches, but one, when they prepared for their eminent journey, would return to these populated areas.

The purpose was to assist in the awakening of the planet and guide it and the humans through the portals of a new dimension.  A new way of living, transforming dark energy and corruption. There was even something planned to ensure the success of this, for although all would not remember once they became corporeal here, they agreed to spark each others' awareness of the reason they were here. All would find their way on their own as to who and what they were and why they had come, but they were encoded in many ways to recognize sounds, colors, lights, images, words and symbols, all on a sensory level, that once experienced would assist them in remembering the contract and create awareness in their hearts and minds that told them of the Plan and their place within it.

It was designed that these sensory triggers would appear everywhere; in art and music, in natural beauty and visuals, in the touch of another. Often this occurs without being aware on a third dimensional level, although with retrospect and growth one becomes attuned to these occurrences on all levels. You see, even though these light beings are from other realms in terms of soul patterns, they are still humans, and a big part of being human is growth.  Common Cathedral assists in the integration of Mind, Body and Spirit and the awareness of who and what We Are.

What is being attempted now could be called, for lack of a better word - and for something you can relate to - Divine Intervention.

This has never occurred at any time anywhere in this universe or beyond and consequently many beings are monitoring its success, both from ships nearby and from other systems with other means of surveillance. This is a grand experiment of sorts and, if successful, could be the model of other endeavours throughout the universe. The choice is clear: raise your vibrational level into the light. Or embrace stasis and not evolve. One cannot exist, however, in an environment where the frequency is greater then what they themselves generate.

The Earth is evolving and it is our decision whether or not to evolve with her. Many will come, and many will fall by the way, but ultimately that choice is yours alone. I do not come here to coerce, only to share the knowledge. Even if I could I would not lead you anywhere, because that only proves that someone else could come along and lead you back.

We are here now and it is best to deal with what is happening in the world around us in a very literal and visceral sense. It is all very simple. The most profound truths are the most simple. The Simple Truth. It is only our constant ruminations of the mind that seek to make things complex, largely so we can say we don't understand. And if we say we don't understand, we can say "logically" that we cannot accept. Whether it be God, love, each other or even ourselves. In order to make the transition to the next Dimension we have to first evolve as a species. All of the problems of the world are people problems. It is true that whatever happens to one of us affects us all, so connected are we in this sea of humanity.

Oops! This site has expired.

If you are the site owner, please renew your premium subscription or contact support.